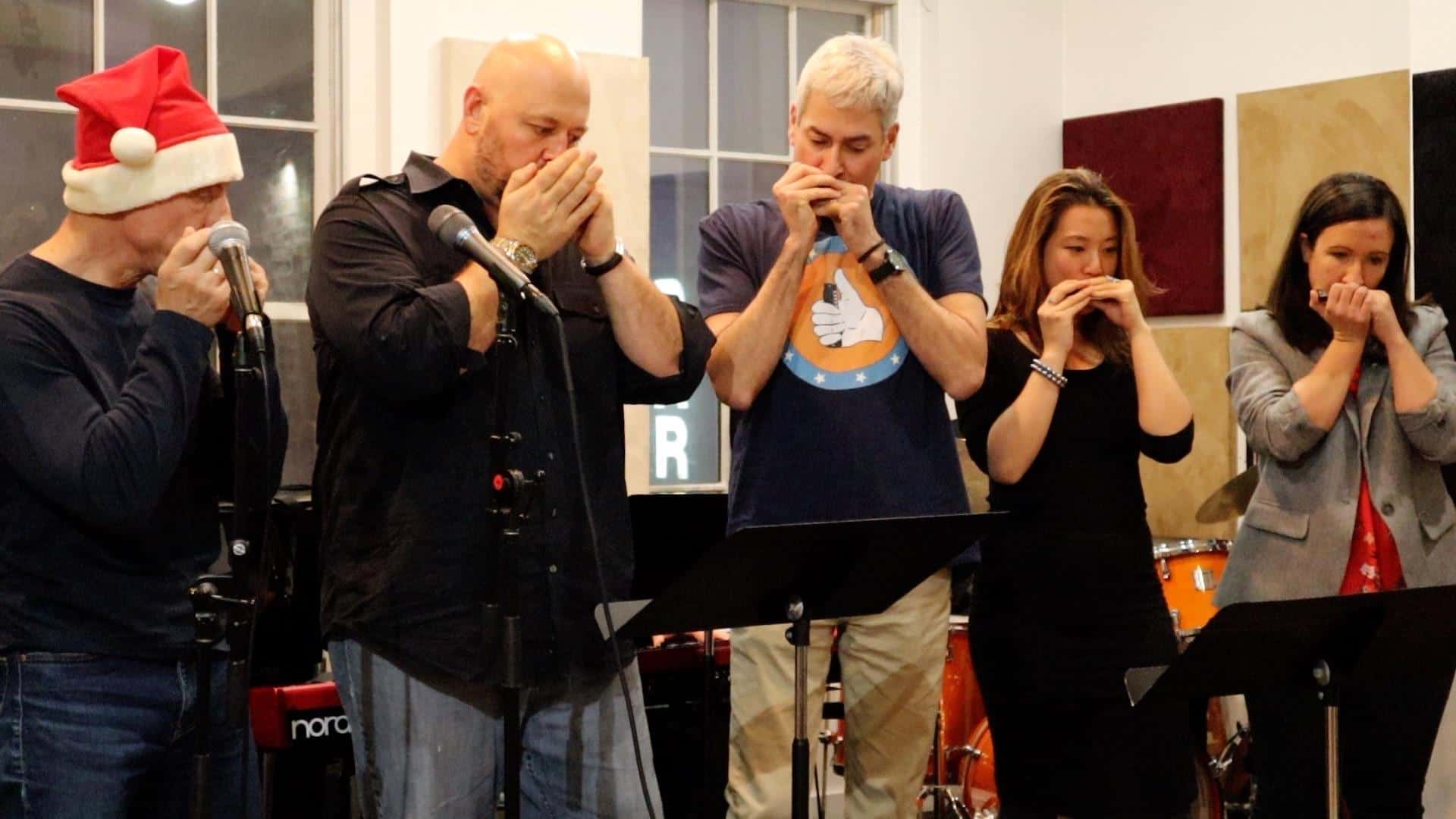 WE WILL TEMPORARilY CONDUCT all of our lessons ONLINE only. We can utilize ZOOM, SKYPE, FaceTime, or any other platform of your choice. Your video chat lesson will be audio recorded and emailed to you along with pdfs harmonica tabs. IN ADDITION TO ONE ON ONE LESSONS YOU WILL BE GRANTED 24/7 ACCESS TO  supplementary videos, audios and sheet music to help you practice at home.

Learn To Play Harmonica in Just 10 Weeks from the comfort of your home ! 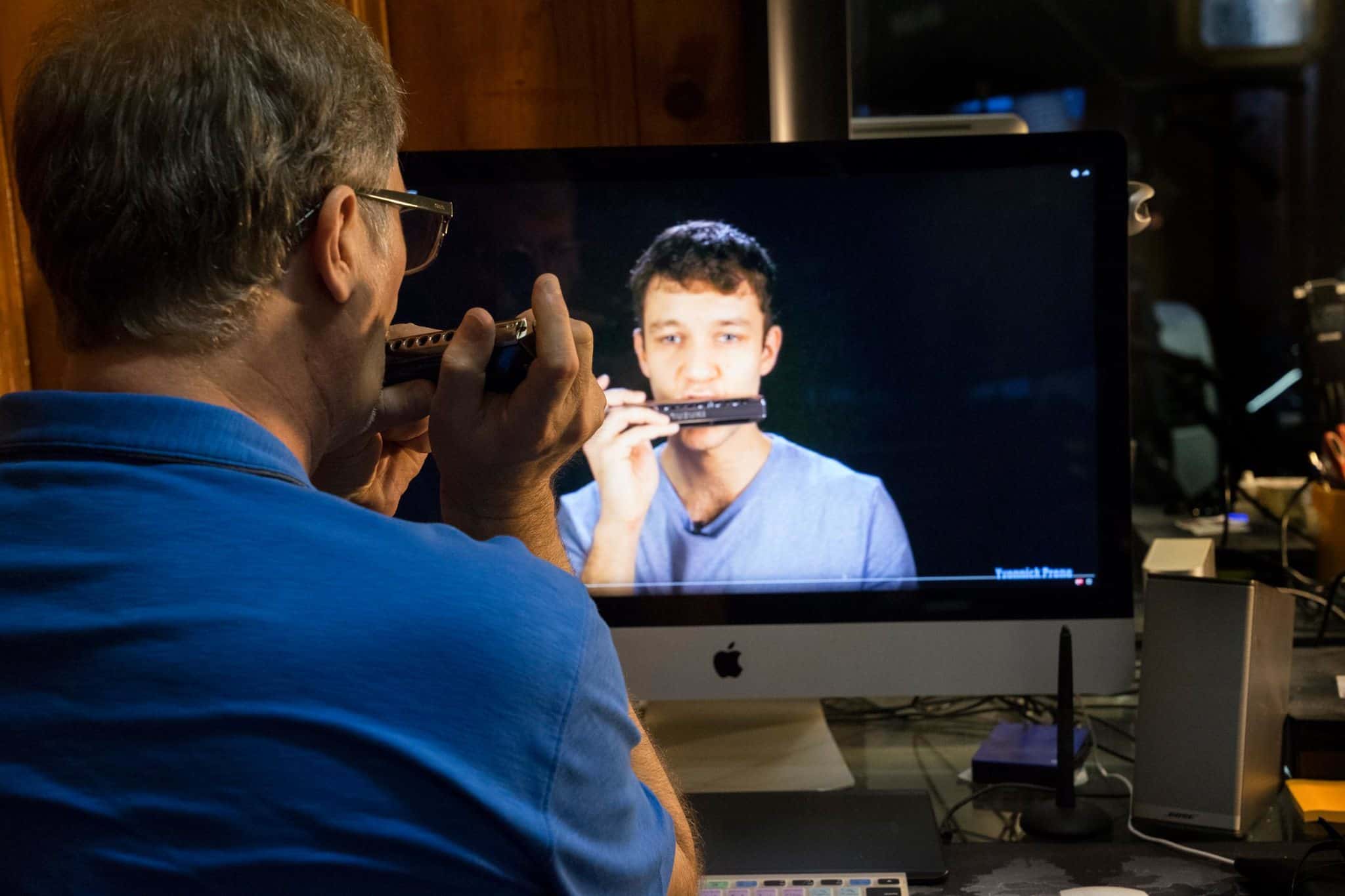 After signing up for a lesson package you'll be granted access to our course library containing harmonica tabs, videos and sheet music to help you raise your level and practice harmonica safely at home. 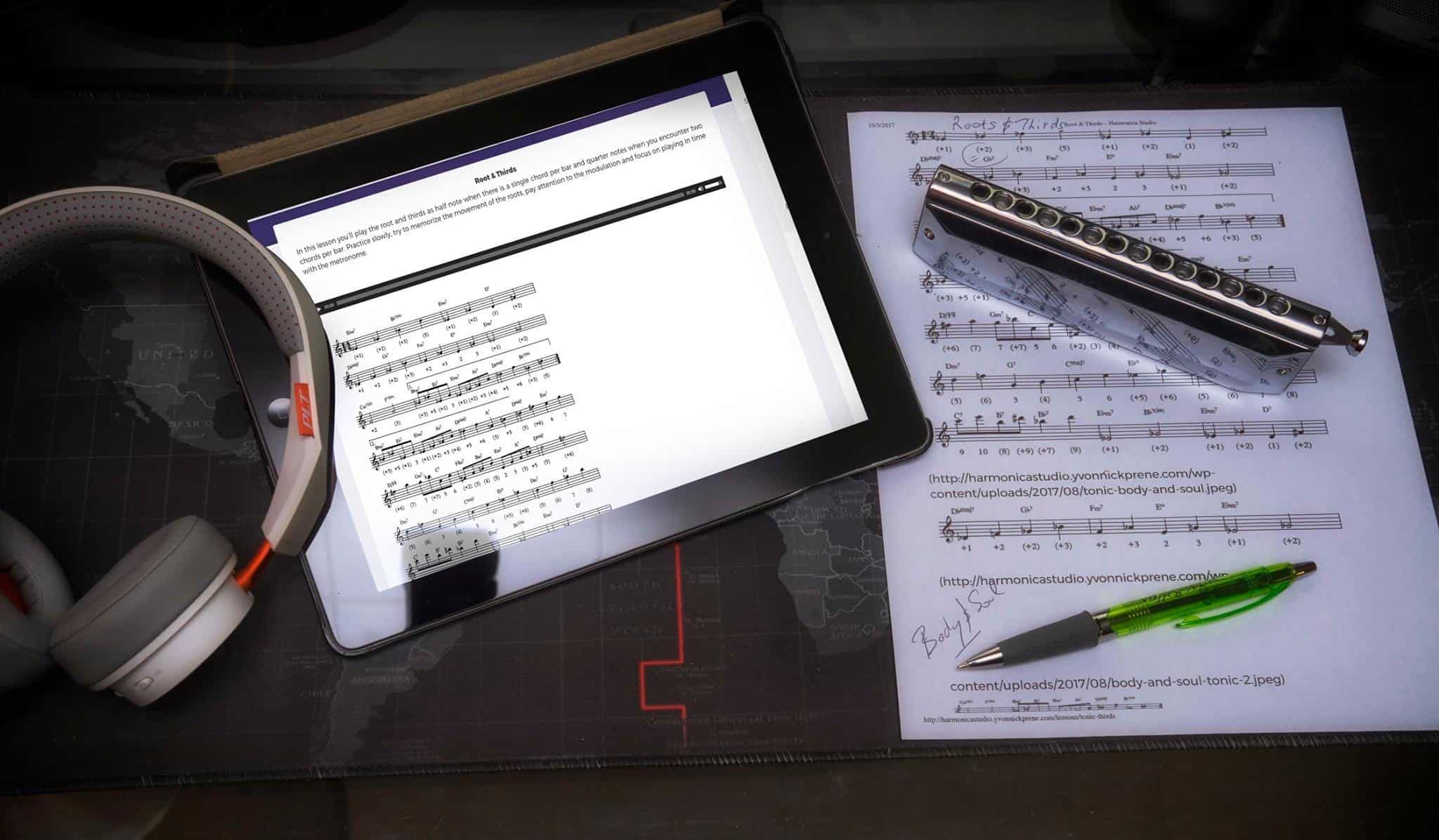 ​“As an instructor, Yvonnick is very approachable and that helps me get over any anxiety about practicing with him during the lessons, especially when he is so skilled and I am not. I also appreciate his span of knowledge on the instrument; from jazz to blues or even blue grass. I can tell you I am much much better now after his instructions.”​

​“Yvonnick’s course was fun, laid back and informative. I find that the lessons have a good structure to them and are easy to follow. The material for home study you provide has been a great help for practice sessions at home. An inspired class and instructor.”

Whether you are just getting started or have been playing for decades, we offer lesson packages to meet your goals and budget.

Offer to your love ones harmonica lessons, certificates and more... Yvonnick Prene has fast become one of the rising stars in the harmonica world. He has recorded with top Jazz artists like Chris Potter, Pedro Martinez, Peter Bernstein and toured in the USA, Europe and Africa.

Yvonnick was already playing the harmonica professionally at the age of 17, in Parisian club scenes. He later earned a master’s degree in music at the Sorbonne University in Paris, in 2011 and while still enrolled, he moved to New-York City to receive multiple full-tuition scholarships at the City College of New York, Columbia University and at The New School for Jazz and Contemporary Music.

Yvonnick is the founder of New York Harmonica School, author of 13 books, bandleader of the Yvonnick Prene. ​Yvonnick Prene is skilled and talented without a doubt but there is a depth to him that calls to the depths within the listener. It is no wonder that he is in such demand.​ Play with a Pro Band

NYHS organizes each year various harmonica workshops open to NYHS students. This is an opportunity to learn how to play with a professional band in a friendly atmosphere. We offer lessons for adults and kids in Manhattan and Brooklyn! You can go from complete beginner to jamming like a pro. You'll learn how to play blues harmonica and popular songs by Billy Joel, Neil Young, Bob Dylan and more! 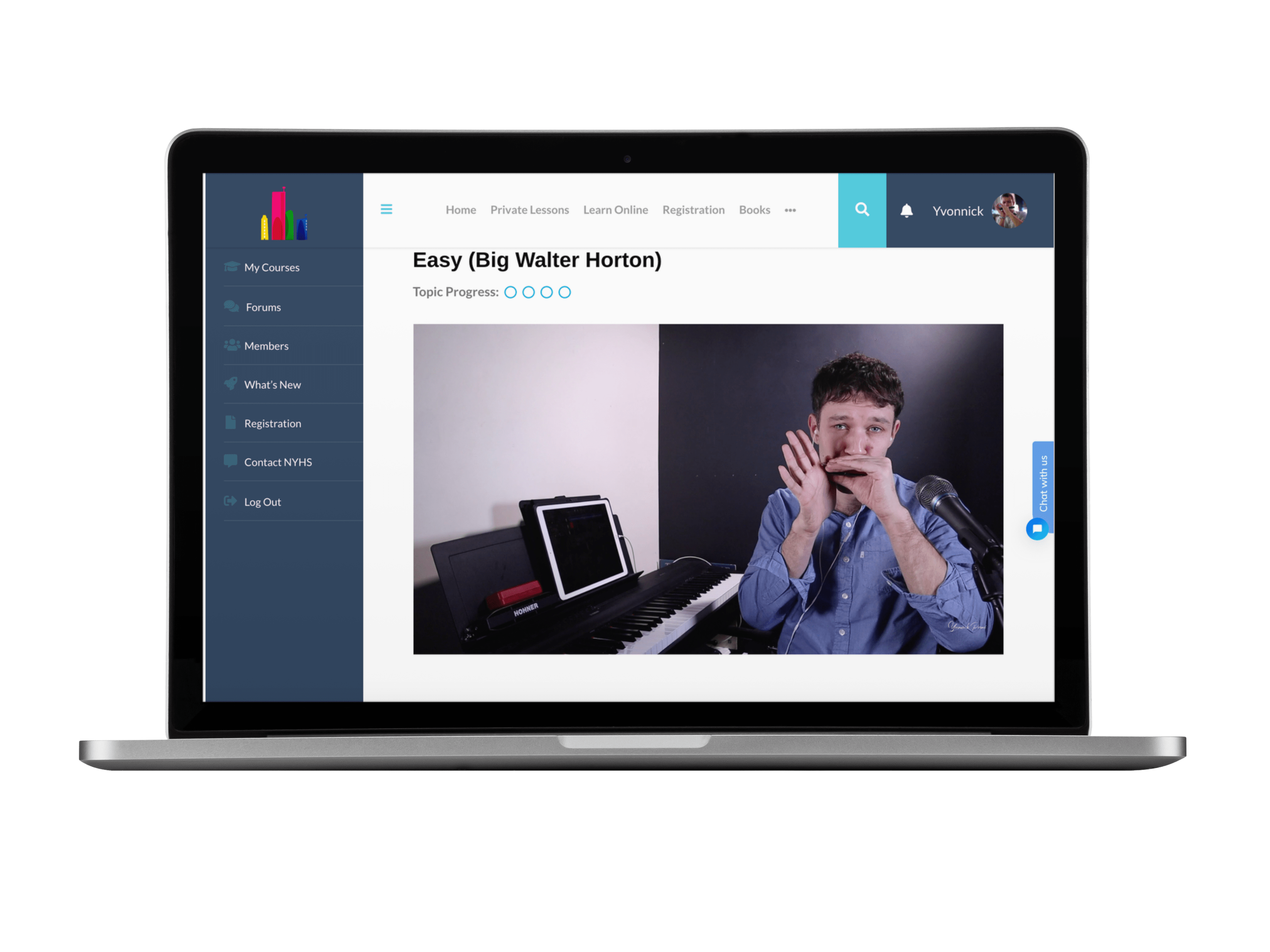 ​ In addition to your private lessons with ​our instructor Yvonnick Prene, you will have free 24/7 online access to supplementary videos, audios and pdfs to help you practicing at home!

learn how to play blues, rock, pop and
classical tunes

At NYHS, we proudly offer our harmonica lessons to a large variety of communities within the New York  City area. Whether you’re looking for beginner lessons, blues improvisation tips, learn how to play with a band, or preparing an audition for a Broadway show, our expert harmonica instructor are more than willing to work with you to satisfy your needs.

We are looking forward jamming with you!

Seth is performing "Blue Bossa" by Kenny Dorham on